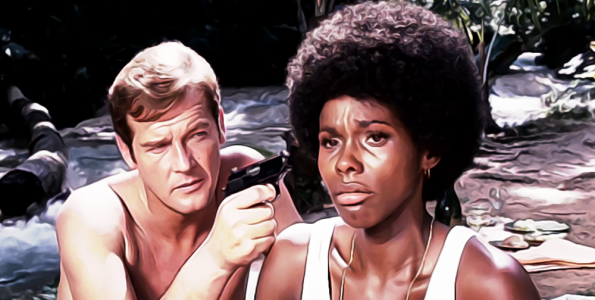 Barbara Broccoli — who decides who the next James Bond will be (it's not a democracy) — has reportedly opened the door for the first black 007.

Despite filming only four months away, Bond 25 news is currently dormant. This news will undoubtedly keep Bond on people's lips, and maybe that was her intention. Yet the anti-black Bond warriors will no doubt be furiously banging away at their keyboards and foaming at the mouth.

I'm a big advocate for Idris Elba as Bond. Not because he is black — but because I think he'd be a fantastic 007. Sadly, I feel that time is against him now. He'd be around 50 by the time of his debut film. Although currently, I still think he looks young and fit enough. "Black don't crack", as they say.

When I mention Idris Elba in the same breath as James Bond on the Internet, it's usually met with "PC gone mad" and "left-wing nonsense", or comments such as: "they may as well cast a gay, disabled Muslim midget with a lisp as Bond". Yes, that really is a direct quote.

Is being black the logical equivalent of being a wheelchair user these days?

Cries of "Ian Fleming's Bond was white" usually follow. The Bond series has evolved since Ian Fleming — it had to. Fleming often didn't paint women or black people in a good light — it would have been impossible to stick to his notion that women and black people are inferior to white males.

Only five, six at a push, of the 24 Bond films have been faithful adaptions of Fleming's novels. The producers have taken Fleming's titles, but these films were far from loyal to the books, with only the characters' names used. Fleming's plots have been largely discarded since 1969. So why must everything go back to Fleming when there have been 19 Bond films that had very little to do with his novels? If we had to stick to Fleming religiously, the series would have closed when George Lazenby threw the towel in.

The "Let's cast a white Shaft" is often wheeled out, and "let's have a white Martin Luther King or Nelson Mandela". Shaft being black is fundamental to his character — Bond being white isn't. Martin Luther King and Nelson Mandela being black are integral to their stories — Bond being white isn't. One other slight thing: Mandela and Luther King were real people, and James Bond is/was not. The Bond films have only referenced 007's parents three times; Bond's mother was Swiss, but who's to say that she had to be white?

Times evolve, and so has the series. From Russia with Love is a great film, but the franchise would have gotten pretty stale had there been 24 of them.

Some other points to consider:

Fleming would have gawped at a black Felix Leiter and Miss Moneypenny, and a female M — all have happened with huge success

Fleming probably would have hated the silliness of Moonraker, the humour of the Roger Moore films, and the campiness of Diamonds are Forever where his villainous creation, Ernst Stavro Blofeld, was seen in drag

When he first saw Sean Connery, Fleming reportedly said, "totally wrong", or words to that effect

It's entirely possible that a British agent in 2018 could be black, and Bond films have always been set in the current day. It's not about being "politically correct". It's not that I particularly want a black Bond either. It's that I want the best man for the job — and I believe that's Idris Elba.