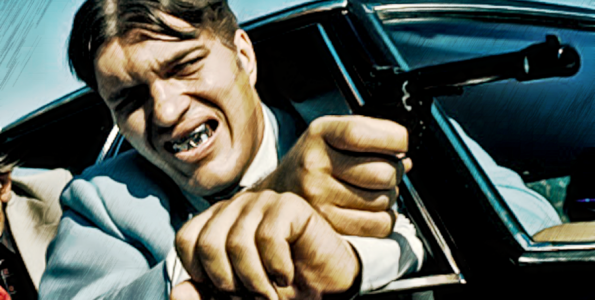 Bond villains of the '70s: The Spy Who Loved Me

The Spy Who Loved Me marked a return to the big Bond films of old, and the first Bond film to be filmed in Panavision in six years. The story returned to the mad megalomaniac who wanted to take over the world.

The opening stunt has rarely been bettered and has even been parodied by the Queen herself. The special effects were gloriously executed by Derek Meddings.

And then there was the set. The biggest sound stage in the world was created and opened by Harold Wilson. Even the fake submarines — although one third the size of an actual nuclear submarine — were still larger than U-boats.

Nothing on this film was small. Even the pyramids were used for the sequence where the chief minion first appeared: the equally epic 'Jaws'. The main villain was Karl Stromberg, played by Curt (Curd) Jürgens: a German actor who started his film career at the age of 20 in 1935. 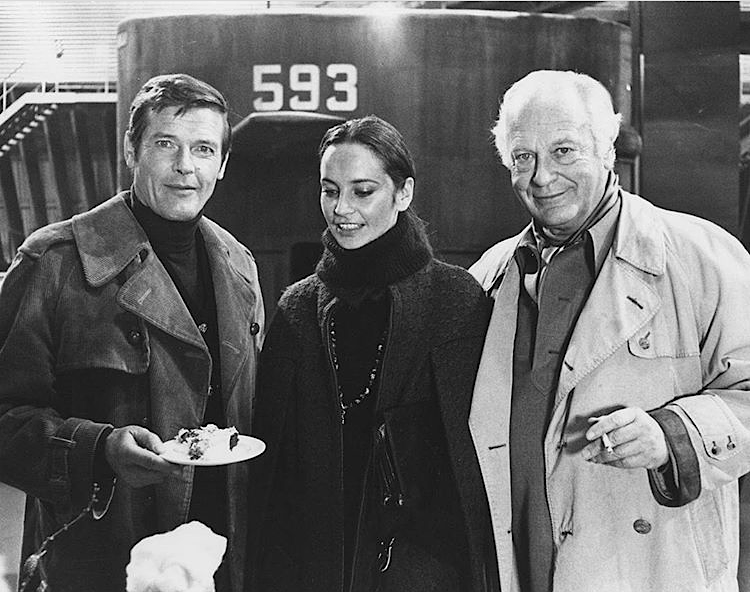 Never a supporter of national socialism, Jürgens ended up in an internment camp in 1944 for his political beliefs. His film career resumed in 1948. Yet he did not make his mark in Hollywood until the cinemascope submarine epic The Enemy Below, where he played a commandant who fought according to the rules and as a gentleman.

He also appeared in The Inn of the Sixth Happiness with Ingrid Bergman. He played Maximilian Baron von Richter in The Battle of Britain. In many of his films, he appeared as officers and military figures due to his height. He died at the age of 66 from a heart attack.

His portrayal of Stromberg definitely owed much to Donald Pleasance's Blofeld. The ways those who failed Stromberg were despatched was decidedly violent and grandiose. The plot of stealing nuclear submarines from the Russians, British, and Americans, was in line with the same notion from You Only Live Twice. Stromberg's desire to create an underwater utopia, by building a colossal underwater base which could raise from the depths, gave the film an epic scope.

The Spy Who Loved Me also gave the world its best-remembered henchman in the shape of Jaws — played wonderfully by Richard Kiel. With his height of 7 feet 2 inches, he was initially used mainly to play terrifying people in many television programmes and films. Kiel was sometimes allowed to portray people with depth too. When he appeared in The Longest Yard, his character was crying because someone had broken his nose. He also appeared in Silver Streak with Gene Wilder and Richard Pryor. 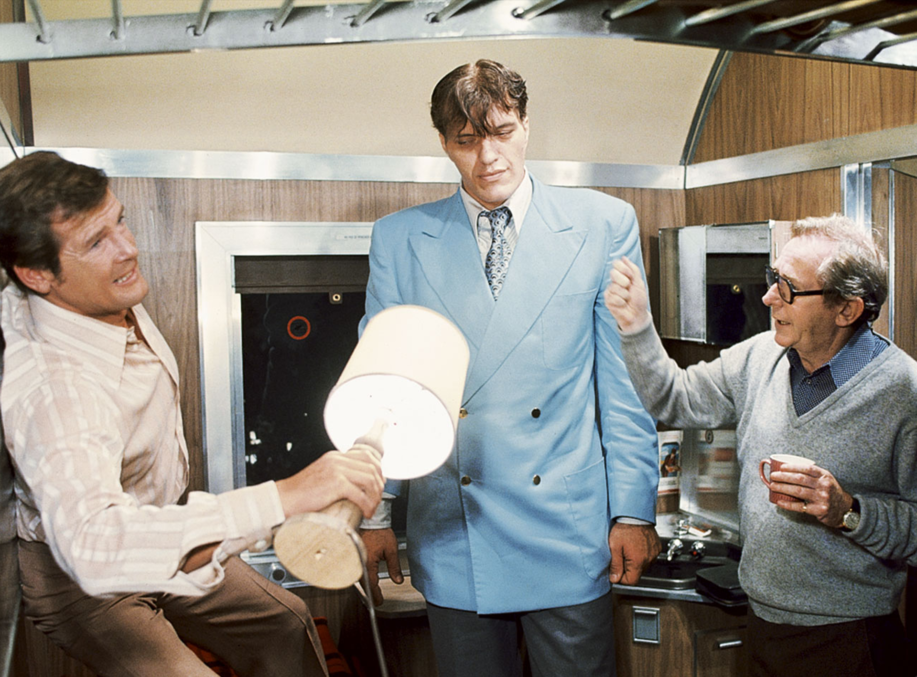 When Jaws kills someone trying to sell secrets to the highest bidder, it demonstrates the immensity of the henchman as he picks up the man and bites his neck — killing him using his metal teeth.

When Bond encounters him at the ancient ruin, Jaws shows himself to be a worthy and able adversary with incredible strength. Bond manages to get in the van Jaws has been using, but only just gets away with the Russian agent, Anya, after Jaws has effectively torn the vehicle to pieces with his bare hands.

However, Jaws also displays human flaws when he drops the stone block on his foot. Jaws also shows he has considerable survival skills. After chasing Bond in a car, the vehicle falls through the roof of a cottage — whereupon Jaws walks out and simply dusts himself off.

In the final fight with 007, Jaws is caught out by Bond. Bond switches on an electro-magnetic crane that lifts Jaws out of the way and into Stromberg's shark tank. This is just as the underwater city is self-destructing. The shark does not survive, and we see Jaws swimming off. But that's not the end of Jaws by any stretch. 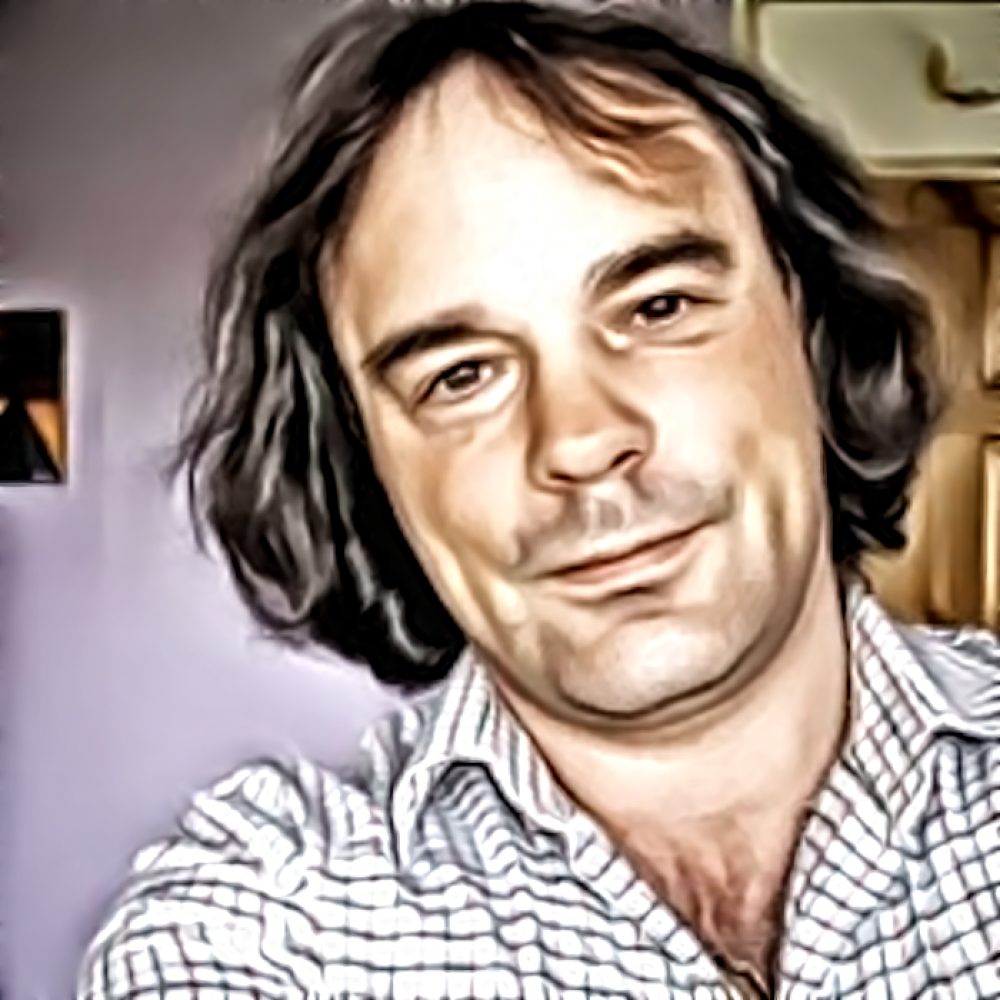 james bond the spy who loved me 007 guest columnist
Previous PostBond villains of the '70s: The Man with the Golden Gun
Next PostThe FBFO Christmastime Charity Ball 2019 in Aid of Saint Francis Hospice Feat. Star Guests